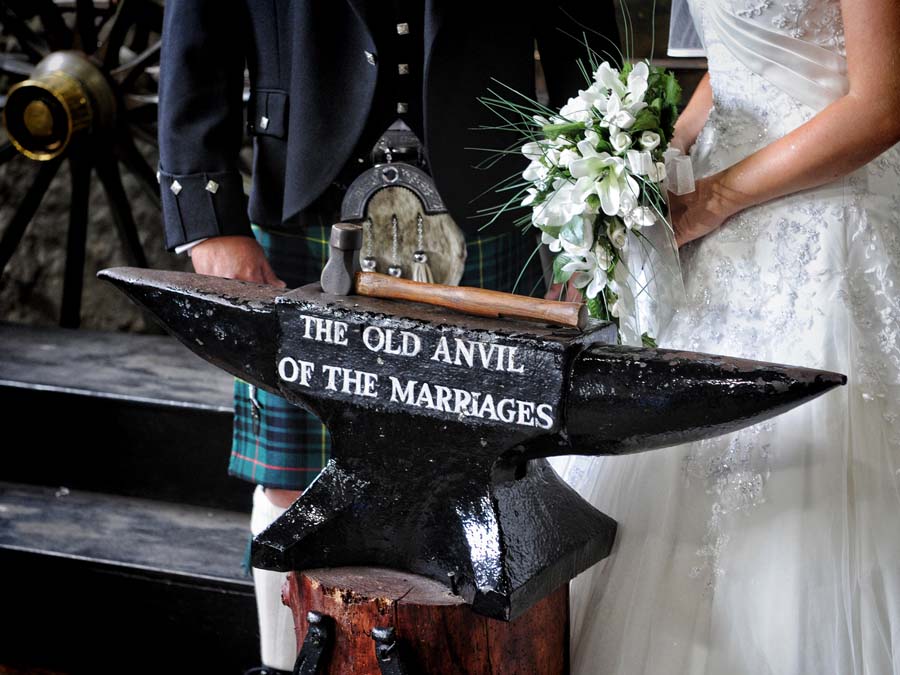 The Anvil is the symbol of marriages in Gretna Green, but why?

It has usually been assumed that Gretna’s famous “runaway marriages” began in 1754 when Lord Hardwicke’s Marriage Act came into force in England. Under the Act, if a parent of a minor wishing to marry (i.e., a person under the age of 21) objected, they could legally veto the union. The Act tightened up the requirements for marrying in England and Wales but did not apply in Scotland, where it was possible for boys to marry at 14 and girls at 12 with or without parental consent.

The local blacksmith and his anvil have become the lasting symbols of Gretna Green weddings. Scottish law allowed for “irregular marriages”, meaning that if a declaration was made before two witnesses, almost anybody had the authority to conduct the marriage ceremony. The blacksmiths in Gretna became known as “anvil priests”, culminating with Richard Rennison, who performed 5,147 ceremonies.

This site uses Akismet to reduce spam. Learn how your comment data is processed.